This Is Why Jonathan Strange & Mr. Norrell is More Awe-Inspiring than Mistborn 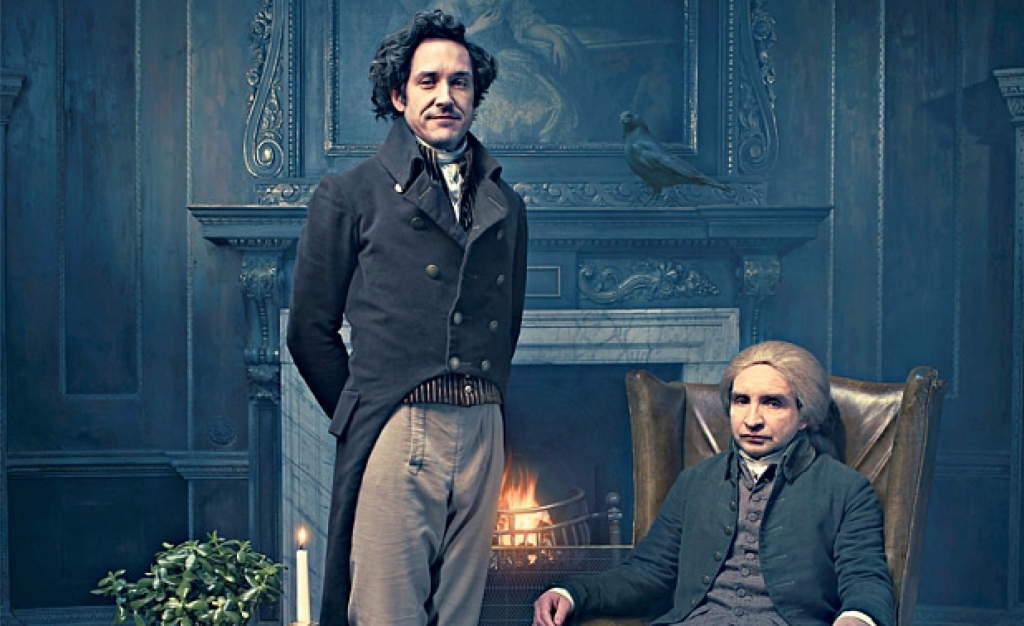 It’s a rare book these days that blows me away or leaves me thinking about them for years.

That’s why it was such a pleasure reading the Mistborn series and Jonathan Strange & Mr. Norrell.

I lost myself so completely to the magic Sanderson and Clarke wove that I often forgot I was reading something a human had made up.

Since I read both these books at roughly the same time and enjoyed them so much, it seemed natural to compare the two.

Both of them are awesome.

But which is the most “awe-inspiring”?

According to psychologists Dacher Keltner and Jonatahn Haidt, in order for something to be awe-inspiring it needs two things:

Based on these two requirements, the conclusion for me is clear. While Mistborn is an amazing series, Jonathan Strange & Mr. Norrell is the more awe-inspiring. The reason comes down to their different approaches to magic. 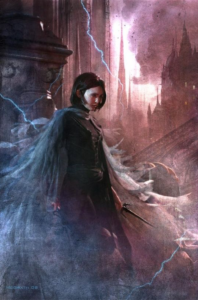 Impressively, in the Mistborn series there are three separate magic systems: Allomancy, Feruchemy, and Hemalurgy.

Almost from the get go Branderson goes into minute explanations of how Allomancy works.

He devotes whole chapters to Vin’s training with Kelsier. There are pages and pages of explanation of how, for example, to burn steel to push oneself into the air or force back opponents or kill them. Or how weight differentials are important for burning iron to pull a metal object towards you versus pulling yourself towards a metal object. It’s all very technical and interesting.

All of these explanations are backed up with charts and tables explaining the various metals and powers of Allomancy, or the various points of the body to pierce for Hemalurgy.

While fascinating, Sanderson’s in depth explanations of his magic systems dampen the readers’ initial sense of awe in relation to the magical feats the characters perform. The more we understand the magic in Mistborn, the more “normal” and “intelligible” the magic feels and the less need there is for accommodation by the reader. Hence the feeling of awe lessens greatly over the course of the trilogy as the reader learns more and more about the magic of Scadrial.

Ultimately, it could be said that Sanderson explains so much about the “magic” of his world that the systems end up “losing their magic”.

In fact, the systems have such thought out and self-consistent laws, I would even be tempted to call the magic of his world a different kind of “physics” rather than magic.

The people of Scadrial have access to a different set of coherent physical rules that they are able to harness in ways that only seem “magical”  and “awe-inspiring” to us because we do not yet know those rules. Once we learn the rules, however, the sense of magic and awe bleeds away. This makes Mistborn feel more like science-fantasy than fantasy.

All of which feeds into a theory I have about magic in speculative fiction:

The more an author explains a magic system (or technology), the less mysterious, magical, and awe-inspiring it is. 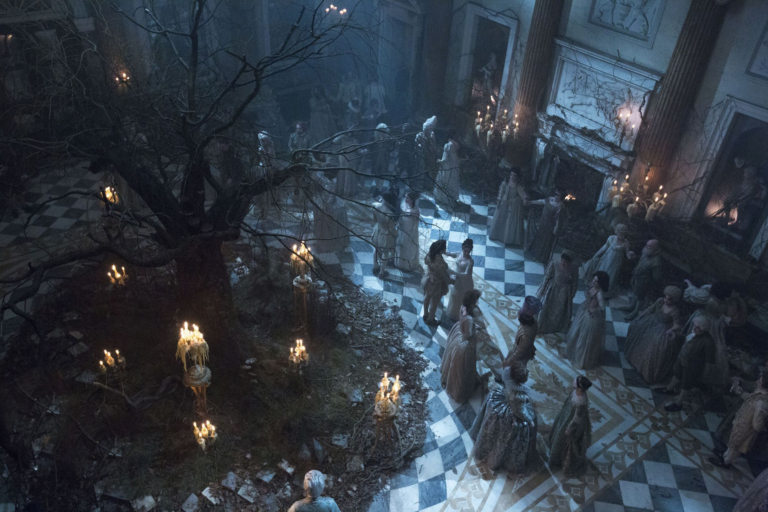 Jonathan Strange & Mr. Norrell’s Magic Is Hardly Explained At All

It’s not that she shares nothing about magic.

But the essential physics-like ingredient of “if you do exactly this, then exactly that happens” is missing in her books.

In that sense, her magic system is much closer to the Lord of the Rings than to Mistborn. As readers, we are never sure as to the exact kinds or extent of magical powers in her book.

This ineffable quality of her magic makes it so awe-inspiring. Not only is the magic vast and powerful, but it constantly violates what we thought we knew about the fictional 19th century England Clarke creates for us. Throughout the novel we never know exactly what might occur so that in almost every chapter the reader is continually awe-stricken by new incredible events and feats of wonder.

In the end, it’s this nebulousness and mystery of magic that makes Jonathan Strange and Mr. Norrell so awe-inspiring.

“In this day and age, where works of fantasy are too often judged by how fastidious and logical their magic rules and ‘systems’ are, I can’t stress how refreshing it is to read a work instead suffused with nebulous magic, myths and legends, where the limits and possibilities and, indeed, reasons for magic remain mostly unknown.” –  Laura M Hughes

“This is, in my opinion, fantasy at its best. It awes and fascinates us with its mysterious unknowns, then directs that awe and fascination inward, making us rethink ourselves.” – Robert Jackson Bennett

The same definitely can’t be said for any of the magic systems in Mistborn.

Let me stress that I’m not suggesting Mistborn is an inferior work compared to Jonathan Strange and Mr. Norrell.

In fact, the way Sanderson wraps the trilogy up so neatly and with such compelling logic is in itself an awesome and awe-inspiring feat of artistry.

Yet, by the end of the third book of Mistborn, everything everyone does–all the magic that happens–is very familiar to the reader. There is no need for any accommodation whatsoever. Nothing violates any of the rules he has laid out for us.

We know who, what, when, why, and how it all works. This is what reduces much of the awe and wonder of Brandon Sanderson’s magic systems. And since the entire trilogy’s story and plot hinges on these magic systems, the in depth technical explanations reduce the magic and wonder of the books as a whole.

Jonathan Strange and Mr. Norrell meanwhile never quite stoops down into the mortal realm of explanation. Instead, we’re treated to mere glimpses of a different, very powerful world that we will never be able to understand; a faerie world that continuously forces us to make accommodations for its existence. Like the philosophical magicians of latter day English magic, the reader remains an outsider always looking in, witnessing new and wonderful things on each page, but never gaining understanding or mastery over them.

Jonathan Strange and Mr. Norrell has such an awe-inspiring effect on the reader because it keeps itself wrapped in a mystery as powerful and all encompassing as the darkness surrounding its titular characters.

Clarke’s novel is like one of the old roads leading to faerie. The mists part for a moment, showing us the way into the woods. But once we enter we are lost and disorientated, given only occasional glimpses of the wonders surrounding us to guide our way.

And when you finish the book and return to the world of the mundane, the magic is so spellbinding that your only desire is to lose yourself in it again.

What could be more awe-inspiring than that? 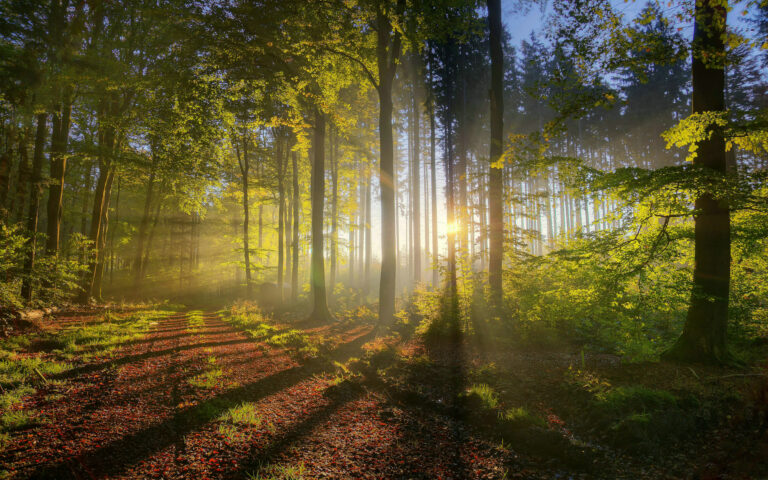